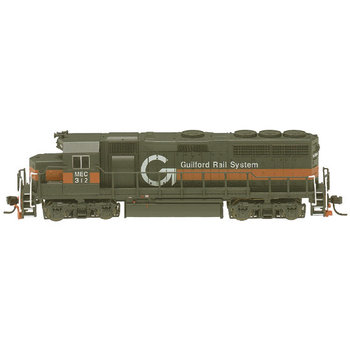 Model Information: This model was first introduced by Atlas in 1969. This early version was made for Atlas by Mehano in Yugosolvia. It was later retooled and moved to Chinese production in 1996. It was later revised with a DCC-Ready chassis in 2003. The same mechanism is used for the GP38, GP38-2, GP40 and GP40-2.

The earliest (Mehano) releases only came as GP-40's. The other versions (GP38, GP38-2 and GP40-2) only arrived later after the production was moved to China.

Both of the Chinese mechanisms run fine but the first releases (1996) do not support drop in decoders. Both versions use a dual-flywheel, split frame chassis with a 5-Pole skew-wound motor.