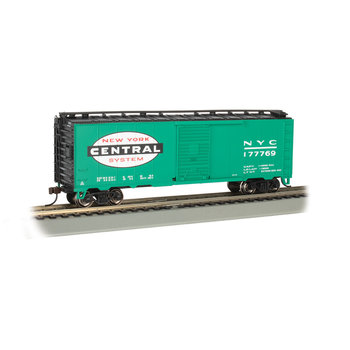 Box Cars are the workhorses of the railroad, economically moving dry goods and bulk freight from coast to coast, and from factories to distributors everywhere in-between. From the early to mid 20th century, the 40' Box Car was the standard size offered by most major railcar manufacturers. Useful for hauling both long-distance bulk shipments and smaller mixed loads for local deliveries, the type remains one of the most iconic freight cars in American history.