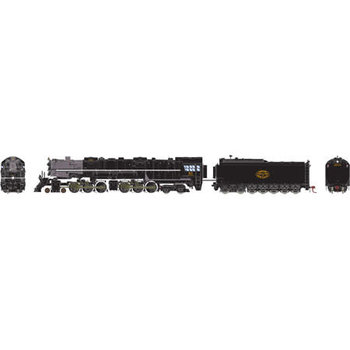 This was essentially identical to the 1941 Z-7s. These locomotives were produced under a wartime mandate to replace certain high-strength steel components with similar items produced with more common and heavier steel. Even so, the NP’s diagrams show no difference in the adhesion weight and just a 1,000 lb difference on engine weight.