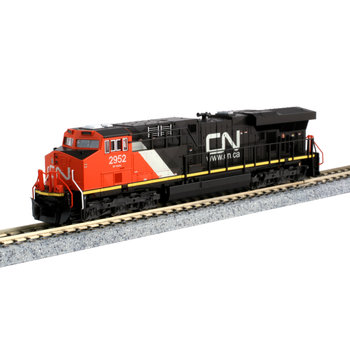 The ES (Evolution Series) of locomotives were designed to meet the U.S. EPA's Tier 2 locomotive emissions standards that took effect in 2005. With a newly designed "GEVO-12" 12 cylinder engine, these AC traction locomotives have the same 4,400 horsepower as the 16 cylinder AC4400CW but produce fewer emissions and have greater fuel economy. Possibly their most identifiable trait is their “oversized” radiator, courtesy of a specially designed air-to-air dual fan heat exchanger.

The Canadian National was a late adopter of the ES44AC, putting them into service on the steep grades of their ex-BC rail main line.