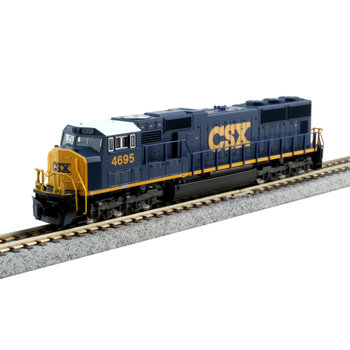 Introduced in 1992, EMD’s SD70M was a 4000 horsepower locomotive that rode on EMD’s new steerable truck design, known as the HTCR-II radial truck. This new truck allowed the locomotive to transfer its power to the rails more efficiently, which in turn enabled two SD70 series locomotives to pull a train that would have taken three SD40-2s to pull. The pre-2002 versions of these engines had a flat radiator design instead of the flared radiator that is more commonly associated with modern engines. The NS was the second largest purchaser of the SD70M upon its introduction in 1992, buying nearly 70 locomotives to fill its rosters.