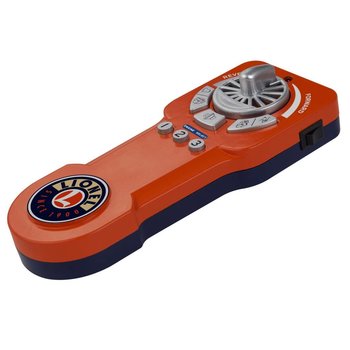 Running multiple locomotives has never been easier! Use this single remote to operate any of your LionChief Plus locomotives. Your need for multiple remotes are a thing of the past. It's that simple. Choose to run one, two, or three locomotives at any time using a single Universal remote!

Within seconds at startup, LionChief engines on the track are identified and loaded into the remote memory. Push one of the three buttons on the remote dashboard to run the engine of your choice! Simple as 1-2-3.