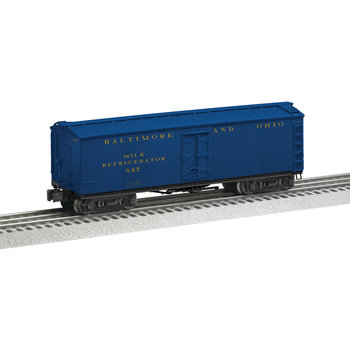 Built in the early 1900's and active through the 1950's, these unique freight cars were equipped with twin glass-lined tanks to keep milk cool and fresh. They were typically coupled to passenger trains in order to get the fresh perishable cargo to it's destination as quickly as possible. Lionel's scale milk car features two milk tanks that are viewable underneath the removable roof or when the hinged doors are opened. They also feature realistic die-cast metal passenger trucks and sprung buffers just like the prototype.