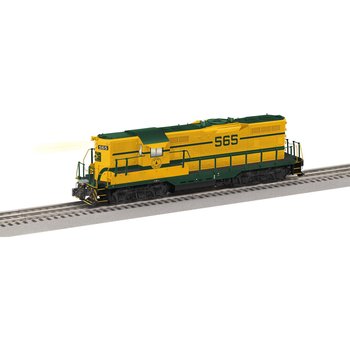 One of the most common, and longlived locomotives of all time, the GP7 was EMD's answer to Alco's roadswitcher innovation. Easily adapted to any use the railroad could think of, the GP7 was far more versatile and reliable than the steam locomotives it replaced. This venerable Geep is back in some fantastic classic paint schemes!

ElectorCoupler™ on front and rear

Marker lights on front and rear

5 different horns to choose from for a more customized experience

Sequence Control: Plays the sound effects of an entire trip, including warning sounds and announcements, based on the movement and speed of the locomotive