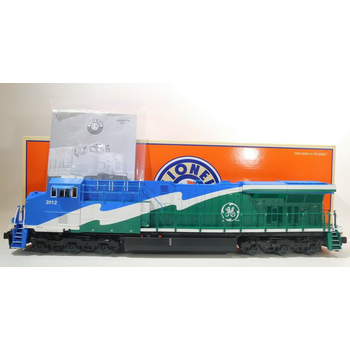 Add to wishlist Add to compare
One of the most common locomotives on the rails today, Lionel is proud to bring this locomotive back in new paint schemes and with new tooling for a nose-mounted headlight appropriate for these locomotives. Powered units feature full LEGACY and Bluetooth control, sounds, smoke and electrocouplers. Nonpowered units are also available in select road names to expand your lash-ups at lower cost.