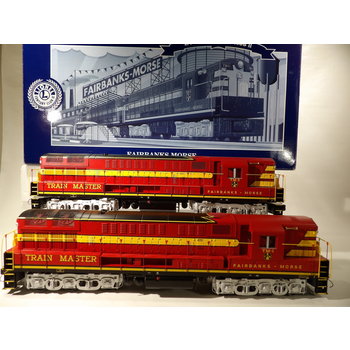 Lionel Century Club engines were only available to hobbyists that signed up and paid a fee to be members of the Century Club. Theses are another great example of the fantastic engines that were produced in selected numbers for the members.

This beautiful set is in Like New condition. There is no damage, or defects. It has been lightly run. We have tested both units to make sure all features work and that they run properly. Includes the master carton, the 2-indigidual boxes, Styrofoam packing inserts, starter tube of smoke fluid and the instruction book. Ships in the original shipping carton. These don't come around often, so don't pass them up!