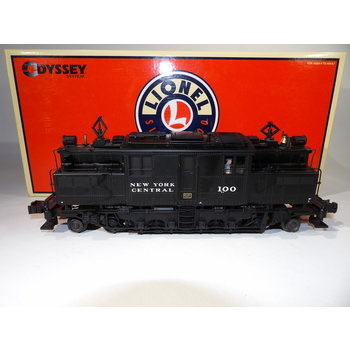 Following the success of its one and only S-1 electric locomotive, the New York Central ordered 32 nearly identical copies in 1906. Like their predecessor, these "motors" were built by a partnership of the American Locomotive Company and General Electric. The railroad classed them S-2 and immediately sent them into service over their electrified lines. The mighty S-2's ran for decades, outlasting even their parent railroad by almost twenty years when the last of the class was retired in 1981.

The Lionel New York Central S-2 includes subtle details that make it unique from the prototype S-1 #100, such as recessed front steps and other body details. Other enhancements include a new separately applied bell cord. The locomotive is painted in the modern NYC livery of the 1950s and 1960s, including "blade" font lettering and yellow handrails. Upgraded since the release of the Lionel S-1, this new electric also features the state-of-the-industry RailSounds 5.0 sound system.