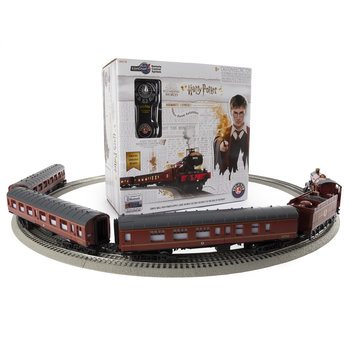 They've crossed through the barrier to PLATFORM 9 3/4™, eyed the various goodies on the snack trolley and are headed to HOGWARTS™ School of Witchcraft and Wizardry aboard the HOGWARTS Express. These young witches and wizards are eager to learn every spell and potion, and the first years are anxiously discussing where the SORTING HAT™ will place them! So climb aboard the HOGWARTS Express and discover the magic and mystery that is HOGWARTS School of Witchcraft and Wizardry. This set is now upgraded with Bluetooth 5.0 and includes the new Voice Streaming & Recording feature! WIZARDING WORLD characters, names and related indicia are © & ™ Warner Bros. Entertainment Inc. WB SHIELD: © & ™ WBEI. Publishing Rights © JKR. (s21)